Now the climate debate is going ahead, Boris Johnson must agree

45 seconds. That’s less than the time it takes to boil the kettle, take out the rubbish or brush your teeth. It’s also the same amount of time that climate change, the greatest threat to our generation, was discussed at the election debate on Tuesday 19 November 2019. About the same amount of time was spent answering the question about what our leaders would gift each other for Christmas this year- a copy of A Christmas Carol for Boris and damson jam for Jeremy apparently. 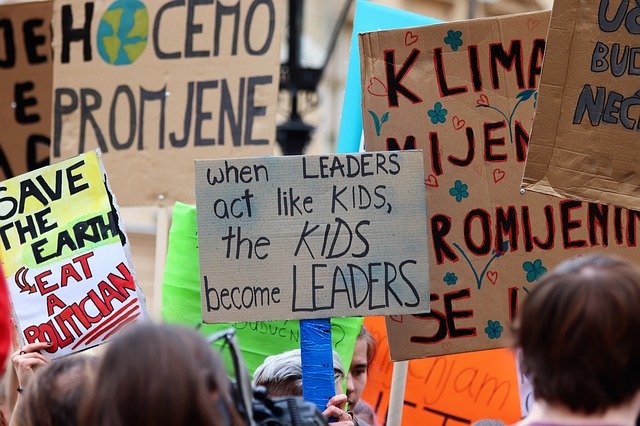 This farcical mismatch between the severity of this crisis and the amount of time spent talking about it comes in the face of public concern over the climate crisis reaching its highest ever level - now at 85% for adults and 91% for students. This comes amidst increasingly urgent warnings from scientists and extreme weather events across the country. Research commissioned by climate charity Possible found that just 2% of televised leaders debate time addressed climate change since 2015, with three-quarters of these debates not discussing it for more than one minute. And the relentless sidelining of the climate and nature emergencies will only continue unless there is an effective vehicle in place which gives them the attention they so desperately deserve. A televised climate and nature leaders debate fulfils this ask and is at the last hurdle to become a reality. Now is the time to help it cross the finish line!

All major opposition party leaders - Labour, Scottish National Party, Liberal Democrats and the Green Party - have agreed to take part and Channel 4 news has confirmed they will host it. However, Boris Johnson has so far refused to commit.

The organisation I lead, the National Union of Students (NUS), representing seven million students in the UK, and over 90 other organisations, including the Women’s Institute, National Trust and the National Pensioners Convention have all called for this debate to happen. A petition supporting the campaign has now been signed by almost 200,000 people. When you take a closer look at the mountain of evidence behind the most urgent warnings about the climate and nature crisis it’s hardly a surprise to see this wave of public support for the debate.

The government’s advisory group - the Committee on Climate Change, who are responsible for assessing the government’s climate policies - have warned of 4°C of global heating on current trends, described by the global scientific community as ‘catastrophic’. The IPCC, the official global body of climate scientists, warned there are less than a dozen years to take action to keep global warming under 1.5C. Drought, floods, extreme heat and poverty for hundreds of millions of people loom large if this target is missed by even half a degree. The heatwave we experienced this summer and the recent floods in the north of England are just the beginning of a rising tide of climate impacts yet to come.

Voters are ready to hear how our leaders will tackle the colossal threat of climate and nature breakdown and reap the benefits of facing this crisis sooner rather than later. Over half the public say climate change will influence how they vote in the general election with a separate poll showing that the majority care more about the environment ahead of this election than at any time in the past, ranking it above the economy, education and immigration. Our own research shows that 80% of students would be more likely to vote for politicians if they did more to stop the climate emergency.

The December 2019 election will potentially put in place a government for 5 years of the 10 years we’ve now got left to get on track for that 1.5 degrees goal. It could not be more imperative for the public to scrutinise the potential future Prime Minister’s plans to respond. Part of the reason we’re in this emergency is because it’s been pushed off stage in previous elections. And after Tuesday’s debate, it’s clear that the only thing that’s changed since the last election is the public’s appetite for it. It’s time to correct this. It’s time for Mr Johnson to prove his commitment to tackling this crisis, and commit to a TV leaders climate and nature debate. It may not be damson jam, but it sure as hell is the gift the public wants this Christmas.